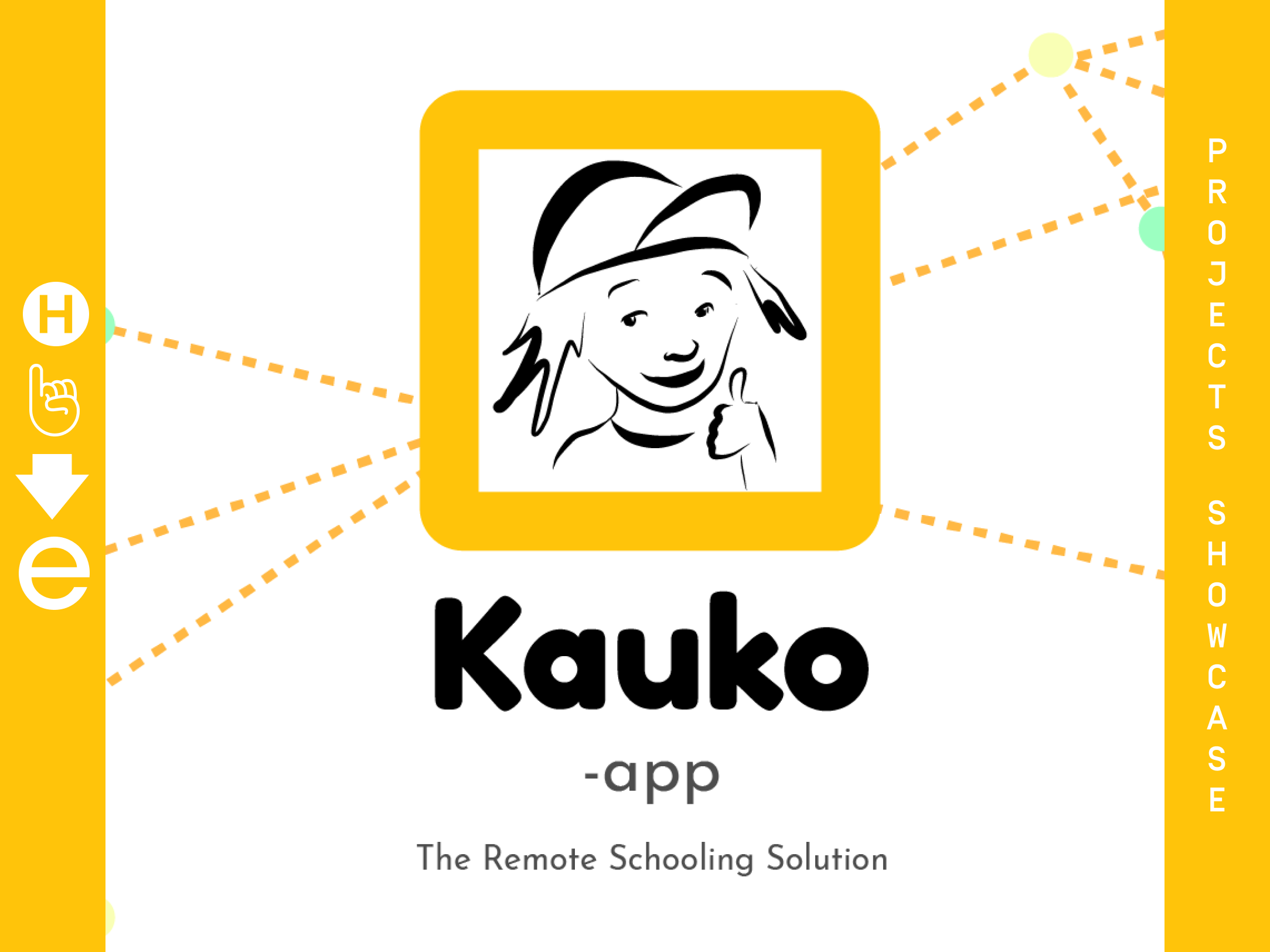 
Kauko app is a Hack the Crisis winning solution aiming to help teachers and students manage during remote schooling in 2020.


When covid-19 hit the world, our lives really changed. Schools were closed and people were forced to work remotely, changing our lives completely. The Junction hackathon team organized Hack the Crisis hackathon to solve problems that were created by the changed society.

Original idea for our project on Hack the Crisis came from my aunt, a preschool teacher. After talking to her, I realised that one group that was really shorthanded in homeschooling were young schoolkids, aged 6-8, who could not read or use multiple platforms to do their schoolwork at home.

Me, as a middle-aged mother, practical nurse, social counselor / diaconal social worker and a coder, I felt like this was a problem I had a lot of experience in. So I decided to give solving this problem a try! 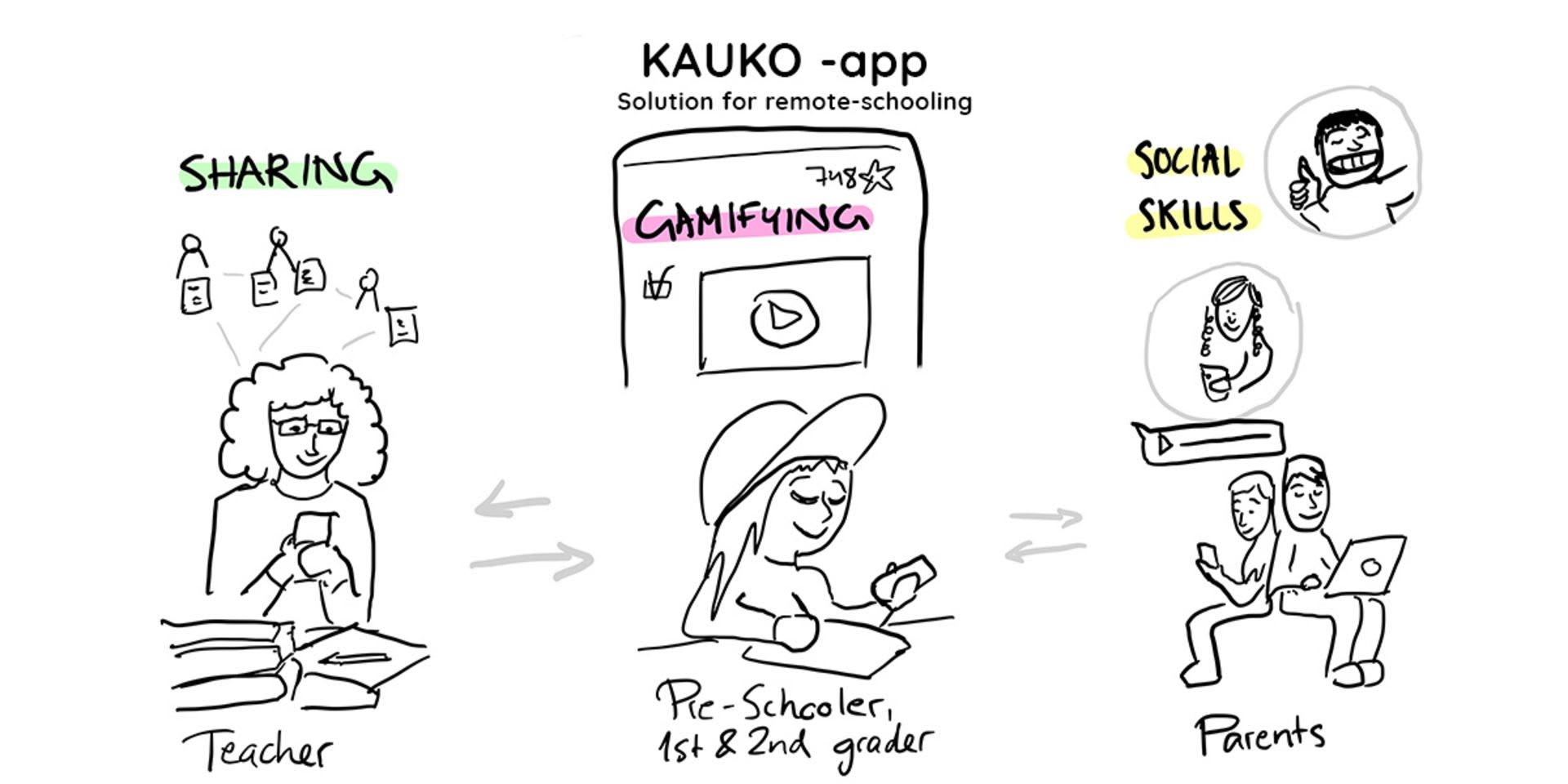 The first idea draft we had about the project.


After talking to some more people working with pre-schoolers, I came up with the basic idea for the app. It needed to be a super easy to use, intuitive program that would allow kids to follow a study plan given by their teacher. The app would link them to the material they needed to learn to read, write and do math, but also allow them to learn soft skills by connecting them with their peers.

I realized that what I really needed was people who had experience in UX / UI and graphic design, so I started to advertise my project on the Hack the Crisis slack and was able to gather a super team with talents far beyond what I had hoped for. On top of that, many of them were parents struggling with the same problems of having to help their kids with their school work while tying to work or study.

During the Hack the Crisis weekend our team worked together remotely trying to define the core idea. We created graphics and a basic interface and a short video to showcase our project. We used the option of getting tutoring twice during the weekend to help as focus our project and make the presentation as good as possible. We did not really get to the coding part at that point, but the idea itself was enough to take us to the top 5 of the whole hackathon.

Here you can see the video we made during the weekend to showcase our idea.

After the hackathon we continued to work on creating a working demo of the project with two group members, Paula Ojansuu and Kim Säppi. We continued to polish the idea and divided the workload, with me being the team lead and studying UX design to make our product as usable for kids as possible.

I also learned a lot about start up world by talking to people and learning new skills by diving headfirst into the world of road maps, elevator pitches and project plans.

Paula has a background in both branding and visuals. She made a visual prototype of the app with Figma and created the graphical style and identity for the project.

Kim, also a student at Hive, was in charge of coding the demo. He described the project as follows:

“Overall working with the team during the hackathon and continuing to work with Helvi and Paula has been a great experience. The help we have received from mentors and interested parties both during and after the hackathon has been invaluable, especially when it comes to specifics like the requirements of building services for children. We had to significantly scale back the functionality of the prototype when we learnt that we likely wouldn’t be able to collect any personally identifiable data from pupils in initial classroom trials, because of the strict confidentiality laws in Finland regarding under aged kids. Despite the limited scope and external dependencies of the project, we did manage to run into surprising yet common interoperability issues like Yle seemingly changing Areena embedding method during the development process.” 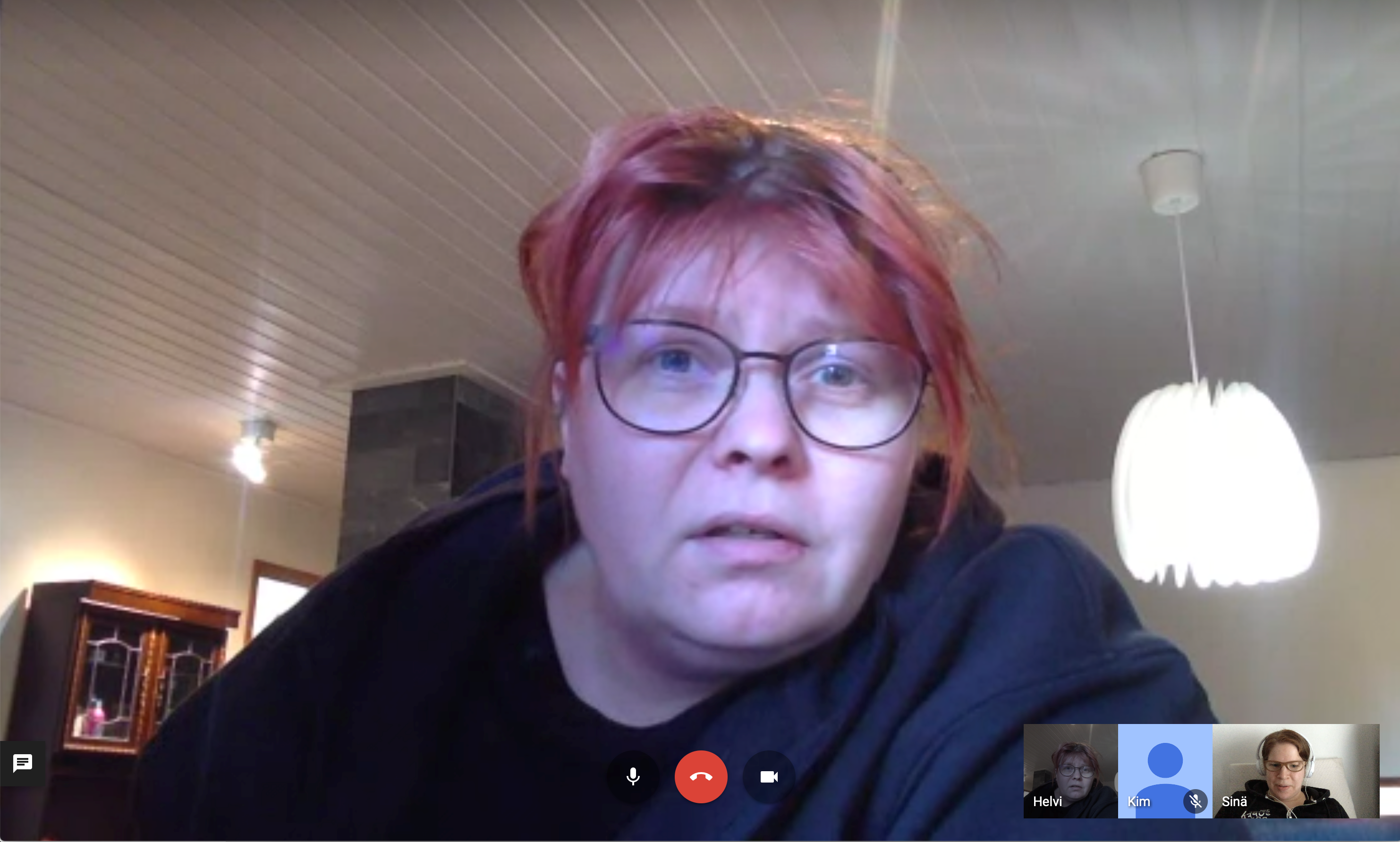 During the whole project we worked together only remotely. To this day we have not met face to face with the whole team even once!


The project has come to a natural halt mainly because corona created so much extra work for all the partners we managed to collect during and after the hackathon. All three of us still believe that working on this project to create a demo was worth all the hours we put into it.

We all learned a lot in our respective areas, and this was a great experience in creating a product from an idea. We are all still hope that we get to continue working with the project in the future. 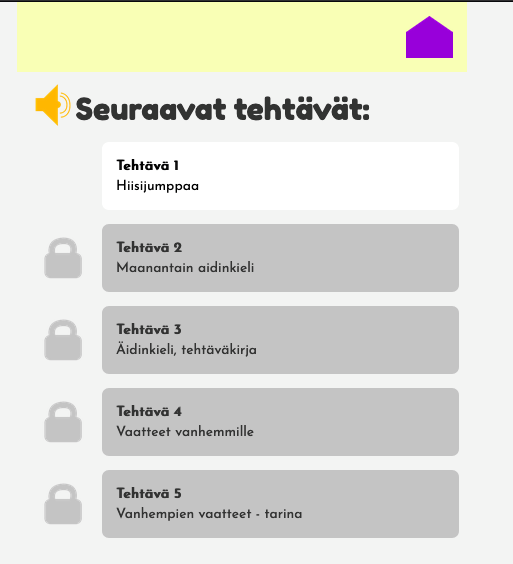 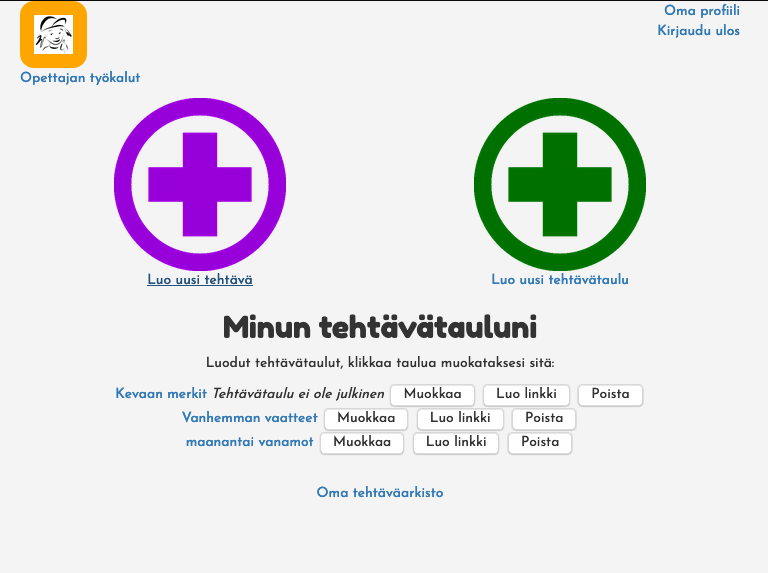 Teachers’ main view, where they can make assignments and assignment boards (a collection of assignments) for the students 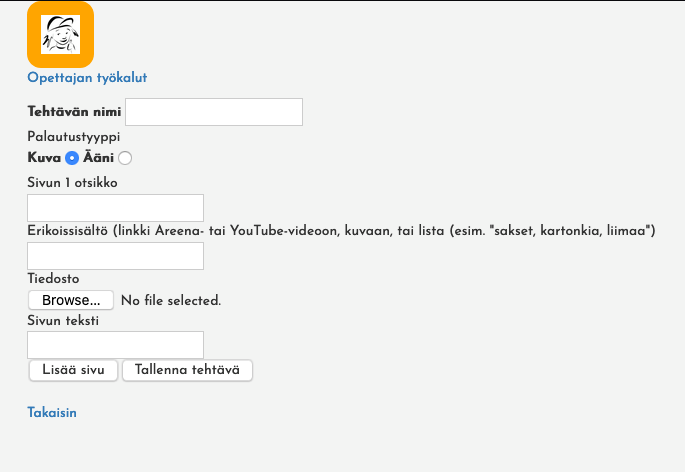 Teachers view of making an assignment for students.


You can try our demo here. The demo is only in Finnish, since it is directed to Finnish school kids.

If you just want to see how it works for the kids, see this example day.